The Art of Regret Tour and Review

Trevor McFarquhar lives a controlled, contrary existence. Traumatized by early childhood loss, the silence surrounding those losses, and then a sudden family relocation from the United States to France, he has no ambitions or dreams for his struggling Parisian bicycle shop or even for himself. Now in his late thirties, his romantic relationships are only casual―his friendships, few. He’s both aloof and exacting, holding everyone to his own high standards while being unforgiving of their faults.

But then two things happen. The 1995 transit strike forces Parisians through Trevor’s shop door to procure bicycles, and his once-sluggish business suddenly turns around. To his surprise, he is pleased. At the same time, Trevor enters into a relationship that threatens to destroy his relationship with his entire family. Humbled and ashamed, his veneer cracks, and he emerges from his cocoon a different man, ready to reconnect, to rediscover possibility, and ultimately to redeem himself.
Review:
I didn't know exactly what to expect from this book but it was an interesting and enlightened read. I have to say, at first I didn't much like Trevor, however I think that was the point because he didn't care much about what others thought of him he was emotionally shut off due to childhood trauma that he didn't quite understand. But as death of loved ones changed him as a small child into the withdrawn man he is now,death of loved brings him full circle to finding himself again.

About The Author:
Mary Fleming was born in Chicago. After school on the East Coast, she attended Colby College in Maine where she received a BA degree in English literature. During a year spent at the University of Exeter, she met her first husband and moved to Paris in 1981. After several years as a freelance journalist and consultant, she worked as the French representative for an American foundation, The German Marshall Fund. She also serves on the Board of Directors of the French Fulbright Commission and of the NGO Bibliothèques sans Frontières. Now that their five children are grown up, she and her second husband split their time between Paris and Berlin. https://www.maryfleming.co/books
Author on Social Media:
Twitter: maryfleming_

Wrapped Up in Christmas 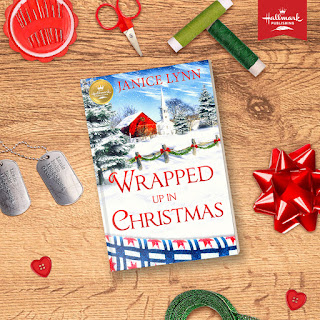 Sarah Smith in Pine Hill, Kentucky has had her heart broken in the past. She pours herself into her work at church and into special projects—like making a quilt for a wounded warrior.

Bodie Lewis is lost. All he’s ever wanted was his career as an Army Ranger, but he was injured in an explosion that killed his brothers in arms. In the hospital, he receives a handmade quilt. Later, he sets out on his final mission: to find and thank its maker.

Bodie expected Sarah to be an elderly lady, not a lovely young woman. When she mistakes him for a handyman, he doesn’t immediately set her straight. Instead, he sets about repairing the home she’s turning into a bed and breakfast. Sarah’s presence and the spirit of the small town bring Bodie something he thought he’d left far behind on the battlefield: hope.

This heartwarming sweet romance includes a free quilt pattern from the Quilts of Valor Foundation and a new original Hallmark recipe for Cinnamon Swirl Bread.
Review:
An absolutely beautiful heartfelt story. As a former military spouse and friends and family who have served, this story really touched my heart as Hallmark has a habit of doing with their movies, this book has also! If you enjoy reading stories of romance in odd places and people finding love after being dealt a gard blow in life,you'll love this story!

Author Information:
Author Name: Janice Lynn
Author Bio:
Author Janice Lynn loves to spin a tale that puts a smile on her reader’s lips and a tear in their eye as they travel along her characters’ journey to happy ever after. Her favorite read is one with a strong heroine who is able to laugh at herself and a hero who appreciates the heroine's strengths and imperfections. Janice’s books have won numerous awards including the National Readers' Choice Award and the American Title, but she is most proud of her seven children. From actor, engineer, nurse, student, to Army National Guard, they are her greatest accomplishments.

Janice lives in Tennessee with her family, her vivid imagination, lots of crafting and quilting supplies, and numerous unnamed dust bunnies.

Posted by purpleshadowhunter at 3:33 PM No comments:


Prequel novella to the award-winning YA fantasy series Mortal Enchantment. Discover a world of elemental powers, courage, duty, sacrifice, forbidden romance and a war for the very elements of life.
Sixteen-year-old Rowan is an elemental prince. Banished to the mortal world, he doubts he will ever return to Avalon and claim the fire court throne. Until he receives a challenge from his estranged mother. If he slays Kalin, the half-human, half-elemental, princess of the air court, she will abdicate her throne. Is he capable of completing such a heinous task? And what price will he pay if he refuses?
Perfect for fans of Holly Black and Sarah J. Maas.
“Filled with betrayal and intrigue, The Shadow Prince is a dark and twisty novella from an exciting new author!” Katee Robert, New York Times and USA Today Bestselling Author

Review:
A very interesting read and concept! I really enjoyed this book filled with mystery, betrayal, war,mixed with kingdoms of the elements.

Author Bio:
Award-winning author, Stacey O’Neale, lives in Annapolis, Maryland. When she’s not writing, she spends her time fangirling over books, blogging, watching fantasy television shows, cheering for the Baltimore Ravens, and hanging out with her husband and daughter.
Her career in publishing started as a blogger-turned-publicist for two successful small publishers. Stacey writes young adult fantasy and adult science fiction romance. Her books always include swoon-worthy heroes, snarky heroines, and lots of kissing.

Posted by purpleshadowhunter at 11:55 PM No comments:

Blurb:  One Prince. One Witch. One Fate.
The upheaval in my life began the moment a prince stumbled into my house and asked me to read his fortune. Any other night, I might have made an excuse to get him to leave, but this was no normal visit. My fingers prickled to touch him. So, I granted his request by handing him a single wishbone. When he snapped it, the wish … bled.
Hearing me suck in a shocked breath, he asked what it meant. Such an ominous omen could only mean one thing: his death was imminent. Fate revealed that he wouldn’t die of natural causes. Someone wanted him dead. Stunned by the revelation, the man I now knew as Prince Tauren disappeared into a night I feared he wouldn’t survive. The following day, I received an invitation to the castle. While it seemed the prince believed I could intervene and uncover who was plotting his death, his motives didn’t stop there. I was being summoned to join twelve other women in vying for the opportunity to be his wife and future queen.
Going could mean jeopardizing my plans to reclaim my heritage and resurrect the House of Fate. But staying would guarantee Tauren’s death, and the blood of his wish would be on my hands.
NOW LIVE ON ALL MAJOR RETAILERS

Casey Bond lives in West Virginia with her husband and their two beautiful daughters. She likes goats and yoga, but hasn't tried goat yoga because the family goat is so big he might break her back. Seriously, he's the size of a pony. Her favorite books are the ones that contain magical worlds and flawed characters she would want to hang out with. Most days of the week, she writes young adult fantasy books, letting her imaginary friends spill onto the blank page.
Casey is the award-winning author of When Wishes Bleed, the Frenzy series, and fairy tale retellings such as Riches to Rags, Savage Beauty, Unlocked and Brutal Curse. Learn more about her work at www.authorcaseybond.com.
Author Links:
Website: www.authorcaseybond.com Facebook: www.facebook.com/authorcaseybond Twitter: https://twitter.com/authorcaseybond Goodreads: https://www.goodreads.com/author/show/7212486.Casey_L_Bond Pinterest: http://www.pinterest.com/caseyb007 Amazon: http://amzn.to/1PmE0pg
Bookbub: https://www.bookbub.com/authors/casey-l-bond
Bond-Tourage: https://www.facebook.com/groups/1032678336804562/
Newsletter: http://eepurl.com/gcAu9v
NOW LIVE ON ALL MAJOR RETAILERS 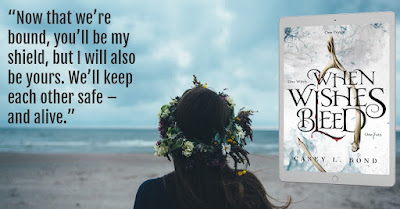 Posted by purpleshadowhunter at 1:00 AM No comments:

Cover Reveal for The Forever Sky

Welcome to the Cover Reveal for The Forever Sky, the fourth book of the Montana Gold series by Janalyn Voigt, hosted by JustRead Publicity Tours!

ABOUT THE FOREVER SKY

Series: Montana Gold, Book 4
Author: Janalyn Voigt
Release Date: December 1, 2019
Genre: Western/Historical Romance
Can a young widow with no faith in love, hope for a future with the man who broke her heart?

Maisey isn’t about to give Rob another chance to reject her love. Why should she believe that the man who left town without a backward glance three years ago cares about her? Life had taught her all about broken dreams, and she didn’t want to hope again. If only her young daughter would stop adopting Rob as a father, ignoring him—and her own emotions--would be a whole lot easier.

Thoughts of the woman he’d left behind haunted Rob for three long years. It wouldn’t have been fair to ask Maisey to wait while he mined a gold claim. After making his fortune, he’d returned to his family in Montana’s Bitterroot Valley. Rob was ready to settle down, and he’d rather do so with Maisey. But after their first encounter, it was clear that he’d lost her forever.

Circumstances force Maisey and Rob into one another’s company. They learn, through hardship and loss, that the only way to one another is to surrender first to God’s love.

Based on actual historical events during a time of unrest in America, The Forever Sky explores faith, love, and courage in the wild west. 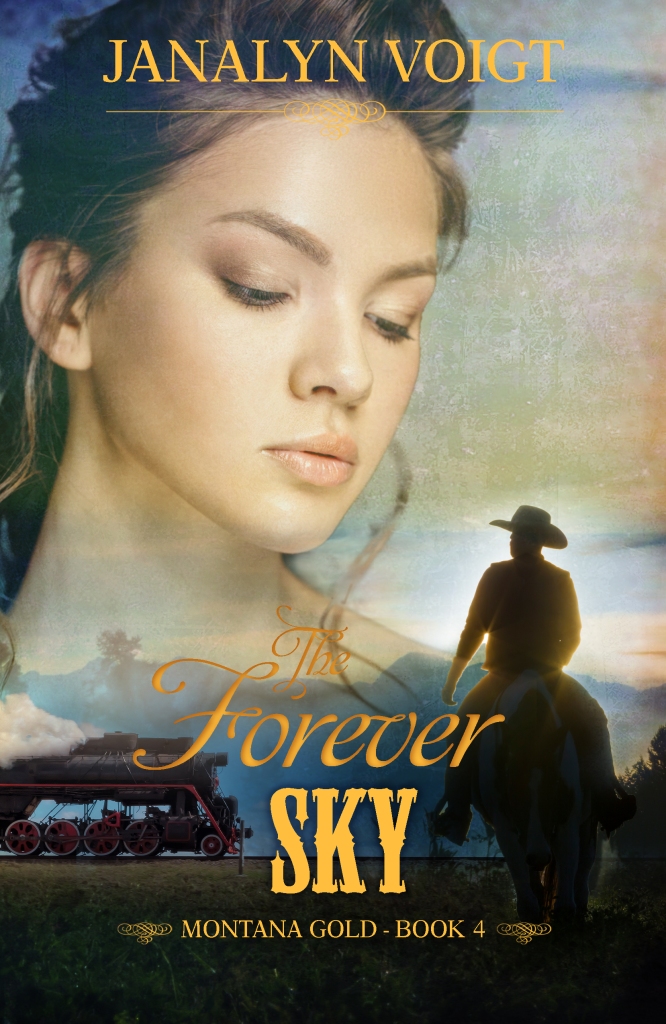 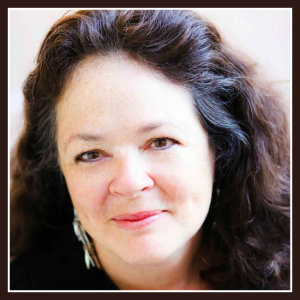 Janalyn Voigt fell in love with literature at an early age when her father read chapters from classics to her at night. After Janalyn grew older, she put herself to sleep with bedtime stories "written" in her head. Janalyn is a storyteller who writes in multiple genres. The same elements--romance, mystery, adventure, history, and fantasy/whimsy--appear in all her novels. Janalyn Voigt is represented by Wordserve Literary. Learn more about Janalyn, read the first chapters of her books, subscribe to her e-letter, and join her reader clubs at her website.

One winner will receive a $20 gift card!

Be sure to check out each stop on the tour for more chances to win. Full tour schedule shown below. Giveaway will begin at midnight November 1, 2019 and last through 11:59 PM EST on November 8, 2019. Winner will be notified within 2 weeks of close of the giveaway and given 48 hours to respond or risk forfeiture of prize. Giveaway is subject to the policies found here.

*NOTE: This post contains affiliate links.
Posted by purpleshadowhunter at 1:24 AM 10 comments: