Review of The Confectioner's Coup 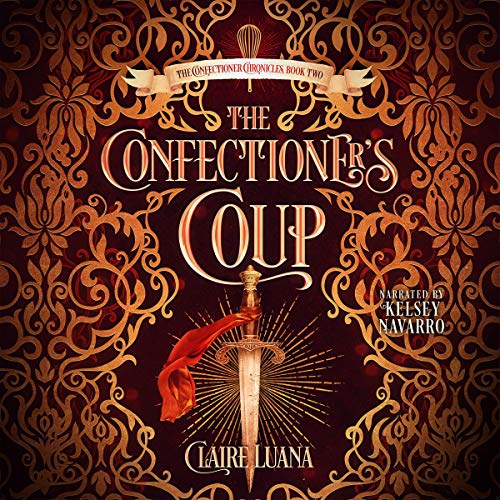 I'm enthralled with this story! Romance, betrayal,heartache, mystery, adventure, and a masterful world building! The first book there are threats from an outside Kingdom but they are not the centerpiece until book two when they become entwine with our characters and their fight for their kingdom and freedom from a tyrant king. The power struggle for this Kingdom is twofold, from within and without, bringing a whole new level to the plot!

Out of the frying pan, into the fire...

Wren thought things were bad when her boyfriend's father tried to frame her for murder. But that was before a hostile army showed up at the city gates, ready to swallow Maradis whole. And before guild members began disappearing one by one - including the Confectioner's Guild's newest Gifted recruit.

Wren, suspecting the king is to blame for the disappearances, undertakes a dangerous investigation that sets her on a collision course with old and new enemies alike. Will she be able to find the missing guild members before tensions boil over into outright rebellion? Or are the guilds willing to go further than she ever realized to rid themselves of the king's tyranny...

Don't miss this thrilling second book in the Confectioner Chronicles!

The Confectioner's Exile is a young adult fantasy mystery perfect for fans of Maria Snyder, Erika Johansen, and Gail Carriger.

Posted by purpleshadowhunter at 12:43 AM