I Fell in Love With a Boy

Ok so (yes,I say that alot) I'm being brave and putting my writing out for ya'll to see.Keep in my mind I'm amateur there are probably grammatical errors,sorry.This is in a way a story that few will understand it's true meaning,but interpret it the way you would like,it can mean may things or just sound like ramblings(which I do alot) to you. No when it started,I had no intentions to go this long,I was just getting something out of me,It was just ONE question and then it turned into this,so Voila! 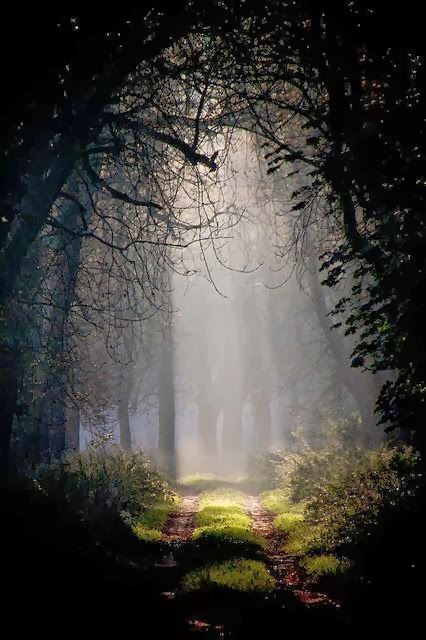 The creator made the light and created special habitations to live there with Him. The creator felt like he needed something else. He created a different light with a different kind of inhabitants. But the darkness was not yet there. Soon, jealousy of those who went about walking in the new light the maker created to live in the special place, sparked a flicker of darkness. Darkness grew in the heart of one of the inhabitants living within the creator’s realm and it began to spread to others. When the creator saw this He decided the darkness could not live in the light. Thrown into exiled, to the very place he despised, believing these new inhabitants were so under him. I mean he was the highest ranking inhabitant, right under the creator. How could the Creator spend so much time and wasted energy on them? So he went about the newly created light and did everything to destroy the light and its inhabitants.


While you were still walking the line, I made it to the edge of the light and felt the presences of the creator, it was like nothing I ever experienced before pure light, peace, love, happiness encompassed me in a cocoon as the creator talked to me and told me about staying in the light but getting others to come off the line into the light. I so wished I could have stayed there but he promised soon all in the light will be with him in the new place he was preparing for us. There were times when I felt like I had failed Him miserably because I could not get anyone, especially you off the ledge and walk deeper into the light. My voice was weak I knew I should have asked the creator to restore it. I was too ashamed on my failings to call on Him. I didn't want to take my eyes off you. I didn't want to stop yelling to you about how the light was so much better and it was where you truly wanted to live, but it just seemed to make you lean more towards the darkness. So I gave up trying to convince you. I helplessly watched you fall toward to the darkness. I knew if I just went to the creator and asked him to restore my voice and my peace and my hope for you he would. I heard him calling to me, telling me that he had a way to get you to believe in the light if I would just have faith and trust Him. However, my fear of losing you to the darkness was so great that I would not relent. I was convinced I would succeed even when you fell into the darkness and was curiously exploring its edges wondering if it would be better if you went in all the way into the darkness. The ruler of the darkness whispered to you from the other side of the darkness enticing you and he sent others to tell you, you would feel free, he would take away the hurt and pain, and have all your dreams and desires like them. Slowly you walk towards the darkness dragging your daughter’s father with you, well it was less dragging and more like leading the willing. All of sudden you were left at the beginning of the darkness to make your choice with just a couple others left, telling you to come while you were still full of all the hurt and pain and scars you picked up all throughout your life stir in your heart begging to be released. But you weren't sure your\ wanted to stay until the rule of all that is evil enticed you into the darkness.