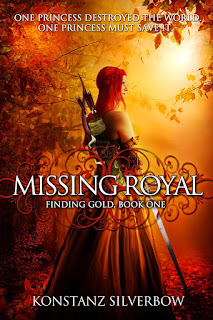 ~ Missing Royal (Finding Gold, Book One) ~ YA Fantasy Romance
One princess destroyed the world. One princess must save it.
When she was little she wished to be a princess. Now as a teenager she just wishes she fit in. But Shanice doesn't feel like she belongs, she never has.
When her parents tell her she is the last known princess from another world, it all makes sense. A world full of magic in place of technology. One where she is more than just royalty, she is their last chance to stop the one who is bent on destroying it. Mendina.
But she can't do it alone, first she must find the other missing royals. In her quest, Shanice will be forced to choose between the course prophecy set for her, and the one that leads to the man her heart belongs to.
Amazon (Kindle):http://www.amazon.com/gp/product/B00J5S9B6W/ref=as_li_tl…
Amazon (Paperback):http://www.amazon.com/gp/product/1497318645/ref=as_li_tl…
Regular Edition in Paperback via Etsy: https://www.etsy.com/…/174253…/missing-royal-regular-edition
Special Edition in Paperback via Etsy: https://www.etsy.com/…/174266…/missing-royal-special-edition 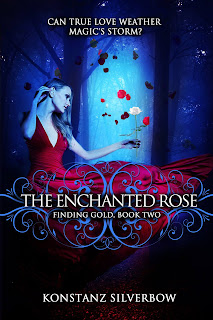 ~ The Enchanted Rose (Finding Gold, Book Two) ~ YA Fantasy Romance ~
Can true love weather magic's storm?
Princess Roselyn is betrothed to Prince Chavez, but her heart belongs to Prince Osric. As the royal wedding approaches, they only have a few days left to be together. Osric fears losing Roselyn and will do anything to be with her, turning to magic in hopes that it will provide the answer. A white rose, enchanted with love, so long as its petals remain white, will bind the hearts of those who speak words of love.
One rose, two hearts, ten words, and they will be together forever . . . until a storm clouds the night sky, and by morning, the world is dark. Every enchantment is broken, every spell undone. All magic has been destroyed, and once the white rose turns red, Roselyn and Osric will be forced to remain apart. With only four days to save their love, they must learn how to restore magic to the land . . . or their chances of being together forever are gone. 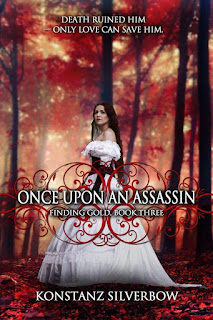 ~ Once Upon an Assassin (Finding Gold, Book Three) ~ YA Fantasy Romance ~
Death ruined him—only love can save him.
At eight years of age, Derrick watched as his father was murdered for defying the sinister Cordae and his ring of thugs. With no family remaining and unable to defend himself, Derrick is taken from his home by his father’s murderer and turned into a weapon, an assassin, the most feared warrior in all of Avonathia. Now as Cordae’s right-hand man, he is entrusted with the task of helping to overthrow the kingdom.
Derrick is sent to spend time with Princess Lily, gain her trust, and then kill her, but the longer he’s with her, the more his heart begins to heal and he realizes this isn’t who he truly is. He’s falling for the princess he was sent to kill. Derrick must find a way to prove he’s more than the killer he has become, but this means it’s possible he will lose everything that matters to him in order to protect those he loves.
Amazon (Kindle):http://www.amazon.com/gp/product/B0125S1AUS/ref=as_li_tl…
Amazon (Paperback):http://www.amazon.com/gp/product/1515149161/ref=as_li_tl…
Paperback via Etsy: https://www.etsy.com/…/…/once-upon-an-assassin-in-paperback… 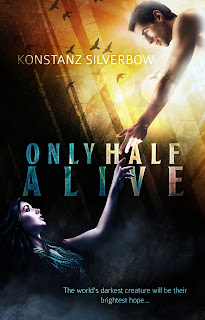 ~ Only Half Alive ~ YA Paranormal Romance ~
The world's darkest creature will be their brightest hope!
While darkness haunts her, she craves the light. Christina is a demon, but she doesn't want to be. She is willing to sacrifice everything to change it. Only one person stands in her way, and he will stop at nothing to keep her the way she is.
The greatest battle of light vs dark threatens every living creature, a batle that could destroy all. And the demon in love will only have one chance to save everyone. 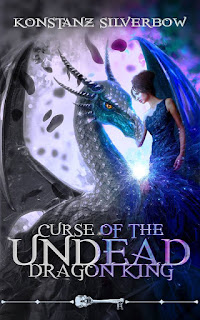 ~ Curse of the Undead Dragon King (Skeleton Key) ~ YA Fantasy Romance ~
Skeleton Key Book Series
One Skeleton Key. Endless Adventures.
https://skeletonkeybookseries.com
A curse so powerful, not even true love’s kiss can break it.
Crowned king at seventeen, Aurelio fears he cannot rule on his own. Knowing Zanta is his soulmate, he proposes, and the kingdom celebrates. The next morning, however, their plans are hindered.
Aurelio awakens as a dragon, unable to change back into his human form. Zanta's curse is the opposite, stuck as a human, unable to change into her dragon self.
Zanta must learn to rule the kingdom while Aurelio searches for their freedom in the City of the Undead, all the while trying to discover who cursed them to begin with.
In a race against time, Aurelio must succeed before becoming undead himself and getting trapped in the wrong city forever, while Zanta must prove to the people that she is worthy to be their queen, and that she didn't just murder her fiancé to gain his kingdom for her own.
**Pre-Order **Amazon (Kindle): http://amzn.to/1ToUpQr
**Pre-Order** Paperback via Etsy: https://www.etsy.com/…/curse-of-the-undead-dragon-king-skel…
Posted by purpleshadowhunter at 6:06 PM