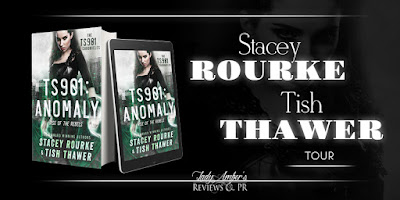 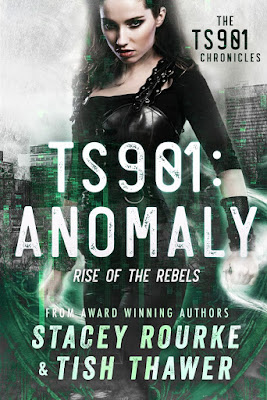 Blurb: Tainted water for the good of the people. Fluoride and vitamins to sustain the health of the human race. Added ingredients to extend and elevate the quality of life. All good things, right?
Wrong.
Thia Kelly has been changed by the TS901 chemical in the world’s water supply. Now, forced into hiding with the other inflicted outcasts, she struggles to survive as her powers emerge.
Evan Daniels hunted for others like himself, and finding Thia suddenly brought meaning back into his life. Love blossomed between the strange couple while they searched for a way to reverse the effects. Unfortunately, the Government had something else in mind.
Super-soldier creation on a mass scale was their end goal, and thanks to an unfortunate family tie, Evan became Patient #1.
Good-guy? Bad-guy? The world isn’t sure, but Thia is left with only one choice––save the ass of the world’s first Anomaly who just happens to be her boyfriend.

Review:
Stacey Rourke and Tish Thawer are awesome authors on their own but put them together and you have a whole new dynamic! There story is intriguing ,witty,captivating and inventive! I love the precept of how the Anomalies came about especially since it's not that far of a stretch to think the government would do something like that to the water. I mean adding things to the drinking water to try make population healthy should be a good thing,right?But it unforeseen and unwanted conqences. Now Evan is in trouble and Thia and her other anomaly friends must band together to find him but they may find more than they bargained for. So embark on an adventure with a group of friends plagued with "gifts" they must learn to accept and control while facing a threat they never saw coming. 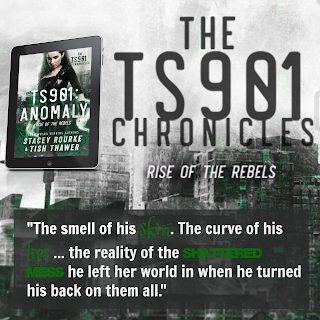 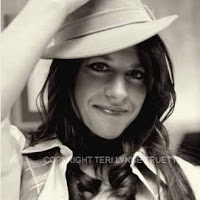 RONE Award Winner for Best YA Paranormal Work of 2012 for Embrace, a Gryphon Series Novel
Young Adult and Teen Reader voted Author of the Year 2012
Turning Pages Magazine Winner for Best YA book of 2013 & Best Teen Book of 2013
Stacey Rourke is the author of the award winning YA Gryphon Series, the chillingly suspenseful Legends Saga, and the romantic comedy Adapted for Film. She lives in Michigan with her husband, two beautiful daughters, and two giant dogs. She loves to travel, has an unhealthy shoe addiction, and considers herself blessed to make a career out of talking to the imaginary people that live in her head.
Visit her at www.staceyrourke.com
diaryofasemi-crazyauthor.blogspot.com
Facebook at www.facebook.com/staceyrourkeauthor
or on Twitter or instagram at Rourkewrites.
Amazon: http://amzn.to/1OJcVNO

Award Winning Author, Tish Thawer, writes paranormal romances for all ages. From her first paranormal cartoon, Isis, to the Twilight phenomenon, myth, magic, and superpowers have always held a special place in her heart.
Tish is known for her detailed world-building and magic-laced stories. Her work has been compared to Nora Roberts, Sam Cheever, and Charlaine Harris. She has received nominations for multiple RONE Awards (Reward of Novel Excellence), and Author of the Year (Fantasy, Dystopian, Mystery), as well as nominations and wins for Best Cover, and a Reader’s Choice Award.
Tish has worked as a computer consultant, photographer, and graphic designer, and is a columnist for Gliterary Girl Media and has bylines in RT Magazine and Literary Lunes Magazine. She resides in Colorado with her husband and three wonderful children and is represented by Gandolfo, Helin, and Fountain Literary Management.
Author Links:
Website: http://www.tishthawer.com/
Blog: http://tishthawer.blogspot.com/
Facebook: https://www.facebook.com/AuthorTishThawer/(Fan page)
Facebook: https://www.facebook.com/groups/TishThawersBookCoven/(Book group)
Twitter: https://twitter.com/TishThawer/ | @TishThawer
IG:  https://www.instagram.com/tishthawer/?hl=en | @TishThawer
Goodreads: https://www.goodreads.com/tishthawer
Amazon Author Page: http://amzn.to/2rp0q8A
Newsletter: http://www.tishthawer.com/subscribe.html
BookBub: https://www.bookbub.com/authors/tish-thawer 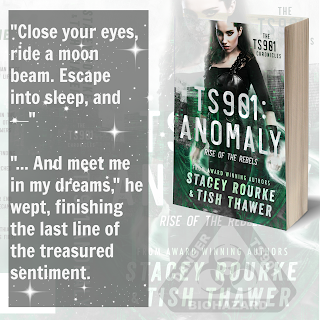 Posted by purpleshadowhunter at 7:00 AM