Creative Blog Tour for Kingdom of Essence by Holly Karlsson

Today I’m excited to participate in the Creative Blog Tour for Kingdom of Essence by Holly Karlsson hosted by MTMC Tours. Kingdom of Essence is the first book in a New Adult Fantasy Adventure series and it was released in Audiobook on May 20th, 2022. 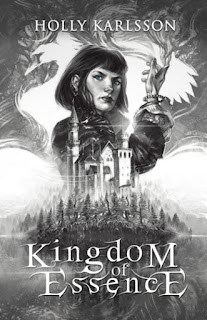 Elitsa Serlov only cares about two things — earning enough money to start a new life and finding the rogue mage who murdered her mother. But years without leads have left her jaded, and she won’t let anyone — friend or foe — get in her way.

In Casekraia, anyone can use magic if they’re desperate enough to rent relics from the Tower, a corrupt guild of mages more concerned with their own wealth than the welfare of the people. Elitsa has spent the last three years as a reclamation agent for the Guild, hunting down her own people for precious coin and the hope of uncovering what happened to her mother.

Just one week before her contract with the Tower is set to expire, Elitsa is coerced into a dangerous conspiracy by a gang of rebellious thieves. With her loyalty to the Tower in question, Elitsa must decide between her quest for revenge and charting a new course for her life.

With captivating characters, daring heists, and dangerous magic, this enchanting fantasy adventure spins a tale about the power of hope and friendship and our connection to the world around us.

I was really intrigued by the synopsis of this story and it didn't disappoint. The magic system is unique and interesting. The story holds mystery, politics, friendship and hope.

Here's a bit of aesthetics from the beginning of the story to set the mood on my bookstagram account https://www.instagram.com/reel/CffZt5tFurY/?igshid=YmMyMTA2M2Y=

………..
Listen to an Audiobook excerpt!

Enter the Rafflecopter below where two readers will win a physical copy of Kingdom of Essence sent via Amazon. Ends on July 9th, 2022. Winners will be announced in the Rafflecopter & contacted via email. 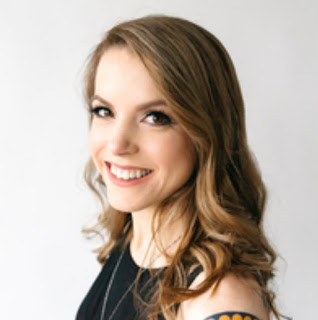 Holly Karlsson writes epic and adventure fantasy filled with magic, dangerous quests, compelling characters, and mythical creatures. Holly is the author of the Daughters of Fire & Sea trilogy, and Kingdom of Essence.

Elitsa shoved the door closed with her fist, her eyes sweeping the windowless room as her mark spun around with a startled gasp. The man was dressed as a laborer, his travel-stained clothes rumpled and worn. His face was too lean, the bones of his face sharp beneath sunken eyes. Another essence farmer unable to meet the terms of his contract.
Reclamations had been satisfying once, even fun, but Elitsa’s exhilaration had waned long ago. Now it was simply a job, often tedious and thankless, but a means to an end. “Mr. Janso. I’m a Tower reclamation agent, and you’re in breach of contract. Give me the relic, and I’ll be on my way.” She looked him over for weapons. She didn’t expect to find any, but it was a habit that’d saved her more than once. Anyone could be dangerous, even a hungry, sweet-faced kid on the street. To survive here, you either grew wings or claws.

Desperation shone in Janso’s pale blue eyes, and he fumbled with a chain around his neck, pulling free a silvery medallion. Lightly tarnished, the relic was shaped into the round face of a barn owl.
Elitsa sighed, a hiss of air between her teeth, but he didn’t attack. Instead, Janso hesitated, eyes darting from the door behind her to her face. She’d seen that doubtful look before. The assumption that with her small build and quiet reserve, she was more fawn than mountain cat. When she wanted the element of surprise, this often worked to her advantage, but right now, Elitsa had no desire to fight or chase him half across the city. Please don’t underestimate me, she thought, tiredly.
Janso hadn’t been hard to find, though it’d taken two days before she’d caught up with him. Whatever essence he’d been extracting for the Tower, it’d sent him up into the mountains north of Rivna for months at a time. He was foolish to have come back, but perhaps he had a family. Someone who’d miss him if he never came home.
The man’s fingers tightened on the relic.

Posted by purpleshadowhunter at 4:00 PM