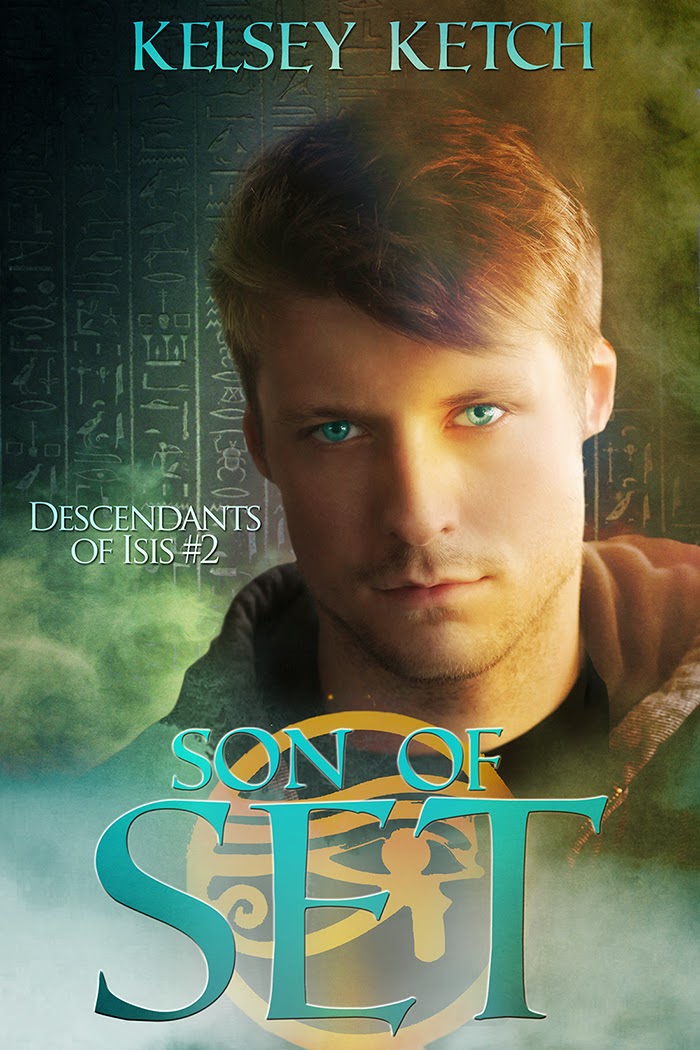 Summary from Goodreads:
“. . . the Sons would never just let him go—alive.”

Seth O’Keefe has broken the laws of his god. He never thought he would sacrifice his own future to protect a Daughter of Isis. But when the Sons of Set discovered Natti is the Secret Keeper, he had no choice. Now, Seth and Natti are on the run from his father, who wants nothing more than to see Seth dead. With no allies, Seth turns to the Daughters of Isis for help, hoping they would protect Natti. But when they meet the Daughters, he discovers a secret that puts both their lives in more danger. Low on options, Seth sees only one possibility for survival. He must help Natti solve an ancient puzzle and find the secret name of Ra.

Natara “Natti” Stone is having a hard time swallowing the truth. She can’t believe what she has learned in the past twenty-four hours: Seth is a Son of Set blessed with charm; she is a Daughter of Isis blessed with a sliver of Ma ‘at; the locket her grandmother gave her holds an ancient Egyptian secret linking to Osiris and Isis. That along with being tortured and brutalized by the Sons of Set, she can hardly hold herself together. Thank God for Seth’s touch! That warm, tingling sensation that drowns it all out. Yet her heart struggles to stay focused. She must quickly embrace her destiny before the secret name of Ra falls into the wrong hands.

Review:
Hhmm where do I begin? My heart is still racing from anxiously following Nattie and Seth on their flight from the Sons of Set,and the the most dangerous one of them all Sean, want nothing more than to see his son Set dead and Nattie sacrificed on the alter of Set and he will stop at nothing to get what he wants.Oh yeah you know Sean,he also wants to raise Set to rise from Duat and find the name of Ra. He is very devious and malicious.
So Seth has found himself in a predicament that leaves him fight his demons to be worthy of Nattie but still wanting to hold on to his heritage, but he can't have both or can he? I so have "Demons" by Imagine Dragons running through my head. He sacrificed his soul when betrayed his god to save Nattie.Now they are on the run,hiding and trying to stay a step ahead of the Sons.The more time they spend together the more Seth trying to fight the demon off and be faithful to Nattie at the same time he's got to keep the demon from overtaking Nattie with its lust. Seth is no longer the player he once was,though he does use his charm to get what he wants,he has gone from bad boy arrogant player to sweet and caring.But as they find new information he is plagued with the question of their feels for each other real or just part of their magic.Seth find out there is more to him then he knows.something not even Sean knows.Nattie is plagued by the haunting memories of the tramaic incident at the hand of Sean. She must over come that and find a way to fight off the magic,keep a clear head,and find safety from the Sons.They elicit the help of the Daughters of Isis but in the end they can not even help them.As Nattie becomes stronger in her powers she must understand how to use it before it destroys her,while trying to decipher what emotions are real and which are magic induced.Oh and thier little adventure to find the name of Ra,Nattie and Seth meet some interesting characters that just might help them in their quest,if they can prove they worthy enough. 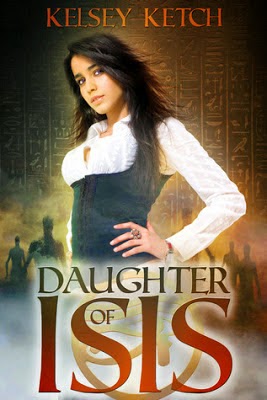 About the Author
During her high school years, Kelsey Ketch could always be found tucked away in a little corner of the hall or classroom, writing her fantasy worlds and creating illustrations and maps. Today is no different, except now she’s writing in the break room at her office building or at the tables of the Barnes and Noble Café in Cary, North Carolina. She is also an avid reader, a part-time book blogger at Ketch’s Book Nook, and lives with her two orange tabbies and awesome and humorous flat-mate.Daughter of Isis is her debut novel.
For more information, please visit her site at kelseyketch.com.

***GIVEAWAY***
One lucky winner will get a was scepter pendant (created specially by SilverspotStudio), a hieroglyphic tote bag, and a Son of Set journal (INT)

Posted by purpleshadowhunter at 2:33 PM