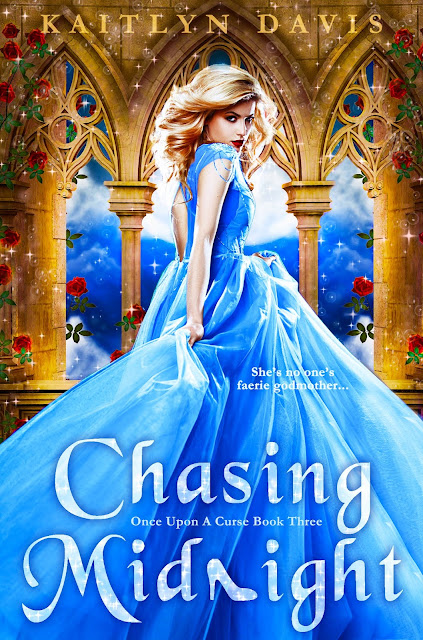 This faerie godmother has an agenda of her own... Don't miss CHASING MIDNIGHT, a fantasy romance from bestselling author Kaitlyn Davis that reimagines the classic fairy tale of Cinderella.

"I could redeem myself if I wanted to. I could help them. But I won't. I'm the villain of their story, because it's the only way to be the hero of mine."

Hundreds of years ago, humans learned the secret to sealing magic beneath their skin and stole it from the world. Faeries reverted back to flowers. Shifters remained trapped in their animal forms. Mermaids turned to foam. And the magical creatures who survived vowed revenge.

Nymia is one of those survivors, a faerie brought back to life by the return of her magic. When she finds a human girl named Ella with her sister's power trapped beneath her skin, she'll do anything to get her back, including kill.

There's only one problem.

This isn't the world she remembers. Humans here have a power all their own--technology. And when a human prince sees her using magic, he'll use every invention at his disposal to track her down. The countdown is on, and time is running out. Nymia needs to find Ella, take back her sister's magic, and escape the determined prince before the clock strikes twelve, or she might not make it out of his city alive…

*This is the third book in Once Upon a Curse, a series of interconnected stand-alone novels all set in the same fantasy universe.

Previous Books in the Series:

Always blessed with an overactive imagination, Kaitlyn has been writing ever since she picked up her first crayon and is overjoyed to share her work with the world. When she's not daydreaming, typing stories, or getting lost in fictional worlds, Kaitlyn can be found indulging in some puppy videos, watching a little too much television, or spending time with her family. If you have any questions for her--about her books, about scheduling an event, or just in general--you may contact her at:KaitlynDavisBooks@gmail.com

To stay up-to-date with all of Kaitlyn's new releases, sign up for her new release newsletter here: TinyLetter.com/KaitlynDavisBooks