Cover Reveal: UNSIGHTLY: A MODERN-DAY RETELLING OF BEAUTY AND THE BEAST 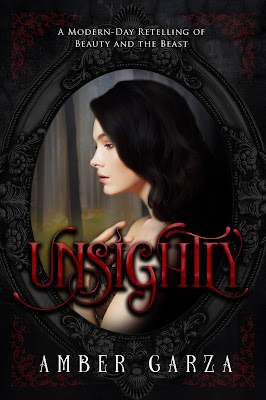 UNSIGHTLY: A MODERN-DAY RETELLING OF BEAUTY AND THE BEAST
Genre: Young Adult
Graphic Artist: Kris Pittman - Breakaway Designs
Release Date: TBA - Late January 2017
Blurb:
Layla has grown up hearing the rumors of the beastly boy who lives in the forest on the edge of town, but she knows there is no such person. It’s nothing more than an urban legend.
On the night of her high school graduation she drives through the forest to get home from a party when her tire hits water on the road, sending her car spinning into the trees. She slams her head and is out cold.
Fortunately, a mysterious stranger shows up to help her.
Hours later she wakes up in an old abandoned house, her savior shrouded in darkness. Over the next couple of days, he nurses her back to health, but she never sees his face. He wears a mask and refuses to take if off. In the final minutes before her departure, curiosity gets the better of her and she yanks his mask off. Immediately, she is horrified. His face is deformed and unsightly.
Angry, he tells her that she’s made a terrible mistake, and now she can’t leave.
While held prisoner, her captor waffles between cold and kind. It’s in those kind moments that Layla feels drawn to him in a way she’s never been to anyone before. As days morph into weeks, the coldness melts away and the two grow closer. She realizes that the stories the town has heard about the beastly boy are false. He’s not the monster they’ve made him out to be.
But Layla knows better than anyone that their love will never survive in the outside world. Therefore, she has a choice to make. One that she fears will end badly either way.
This modern-day retelling of Beauty and the Beast reminds us that love is powerful, and it truly can conquer all. 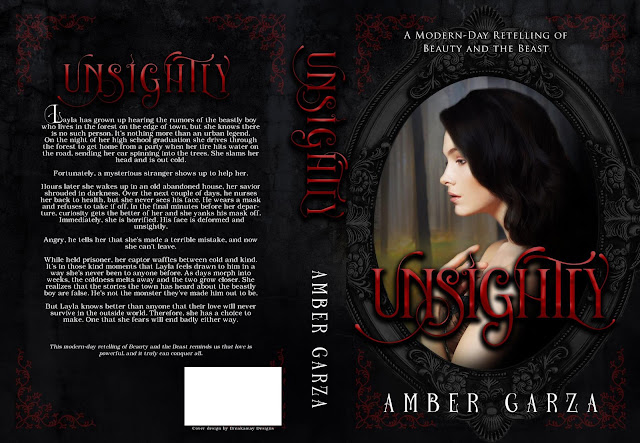 Posted by purpleshadowhunter at 9:00 AM